A couple weeks ago I was talking to my little Emma about her dad. She said, “My dad, bued.” 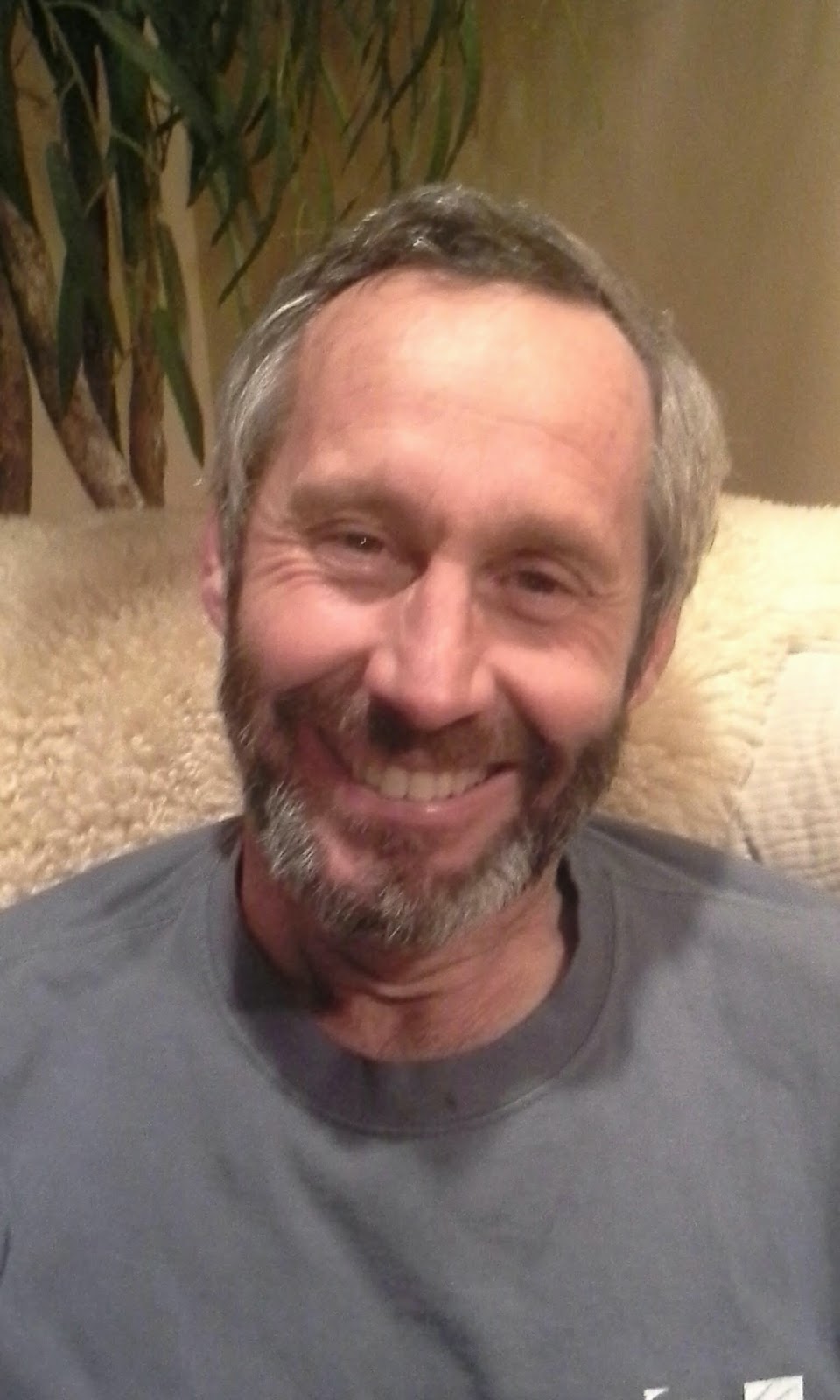 I questioned, “Your dad builds?”

Yesterday as I was resting on the couch, Emma wanted to lie next to me. It wasn't too comfortable for me because her fuzzy hair kept tickling my face. I told her that she had a fuzzy face. She corrected me, “No, me don't have a fuzzy face. . . Dad has a fuzzy face.”

I'm going to write about the new addition to our family . . . John's new beard. A few months back he had a feeling to start growing a beard and since then we've learned a lot about beards. BTW, I think he is quite handsome with his new beard. Wouldn't you agree?

Here's a few things I found out about beards. It is in no way a comprehensive list. I've never thought too much about beards, but now it is an interesting topic.

Throughout the course of history, societal attitudes toward male beards have varied widely depending on factors such as prevailing cultural-religious traditions and the current era's fashion trends. Some religions (such as Islam and Sikhism) have considered a full beard to be absolutely essential for all males able to grow one, and mandate it as part of their official dogma. Other cultures (while not officially mandating it), view a beard as central to a man's virility, exemplifying such virtues as wisdom, strength, sexual prowess and high social status. However, in cultures where facial hair is uncommon (or currently out of fashion), beards may be associated with poor hygiene or a "savage," uncivilized, or even dangerous demeanor. Wikipedia - Beard

In the bible, having your beard shaved or plucked is seen as a sign of disgrace.

1And it came to pass after this, that the king of the children of Ammon died, and Hanun his son reigned in his stead.
2Then said David, I will shew kindness unto Hanun the son of Nahash, as his father shewed kindness unto me. And David sent to comfort him by the hand of his servants for his father. And David’s servants came into the land of the children of Ammon.
3And the princes of the children of Ammon said unto Hanun their lord, Thinkest thou that David doth honour thy father, that he hath sent comforters unto thee? hath not David rather sent his servants unto thee, to search the city, and to spy it out, and to overthrow it?
4Wherefore Hanun took David’s servants, and shaved off the one half of their beards, and cut off their garments in the middle,even to their buttocks, and sent them away.
5When they told it unto David, he sent to meet them, because the men were greatly ashamed: and the king said, Tarry at Jericho until your beards be grown, and then return. 2 Samuel 10:1-5

I gave my back to the smiters, and my cheeks to them that plucked off the hair: I hid not my face from shame and spitting. Isaiah 50:6

The Iranians were fond of long beards, and almost all the Iranian kings had a beard.  Wikipedia - Beard

In ancient India, the beard was allowed to grow long, a symbol of dignity and of wisdom (cf.sadhu). The nations in the east generally treated their beards with great care and veneration, and the punishment for licentiousness and adultery was to have the beard of the offending parties publicly cut off. They had such a sacred regard for the preservation of their beards that a man might pledge it for the payment of a debt. Ibid

The ancient Greeks regarded the beard as a badge or sign of virility. Ibid

In the Middle Ages, a beard displayed a knight's virility and honour. Ibid

Beards also play an important role in some religions. Ibid

Latter-Day Saints: Since the mid-twentieth century,The Church of Jesus Christ of Latter-day Saints has encouraged men to be clean-shaven, particularly those that serve in ecclesiastical leadership positions. The Church's encouragement of men shaving has no theological basis, but stems from the general waning of facial hair's popularity in Western society during the twentieth century and its association with the hippie and drug culture aspects of the counter culture of the 1960s, and has not been a permanent rule. Ibid

"In the minds of most people at this time, the beard and long hair are associated with protest, revolution and rebellion against authority," Oaks said in that 1971 speech. By the 1980s, beards were more a matter of style than protest and mainstream Americans — including many Mormon professionals and converts — went with them. Standards of Dress and Grooming by Dallin H. Oaks, How beards became barred among top Mormon leaders By Peggy Fletcher Stack The Salt LakeTribune

“Being clean-shaven is generally a requirement for men to be Mormon temple workers . . . The temple-worker policy parallels requirements for the faith's full-time missionaries and has become the standard for the church's seminary and institute teachers as well as its top governing hierarchies. Indeed, starting in 1951, every LDS "prophet, seer and revelator" has been clean-shaven, as has nearly every apostle. That standard has trickled down to the local level, even though facial hair is not mentioned in the church's Handbook, which lays out institutional rules and guidelines. It remains despite the fact that nicely trimmed beards are popular again across the generations and professions — including doctors, lawyers, advertising executives, teachers, sports figures and many others.” Ibid

Joseph Smith said, “I love that man better who swears a stream as long as my arm yet deals justice to his neighbors and mercifully deals his substance to the poor, than the long, smooth-faced hypocrite.” TPJS Section Six 1843-44, p.303

Judaism: In Judaism, shaving with a razor is a prohibition that is based on rabbinic interpretation of Leviticus 19:27, which states; You shall not round the corners of your heads, neither shalt thou mar the corners of thy beard. The Mishnah interprets this as a prohibition on using a razor on the beard.This prohibition is further expanded upon in kabbalistic literature. Shaving in Judaism

Sikhism: Guru Gobind Singh, the tenth Sikh Guru, commanded the Sikhs to maintain unshorn hair, recognizing it as a necessary adornment of the body by Almighty God as well as a mandatory Article of Faith. Sikhs consider the beard to be part of the nobility and dignity of their manhood. Sikhs also refrain from cutting their hair and beards out of respect for the God-given form. Wikipedia - Beard

Rastafari Movement: Male Rastafarians wear beards in conformity with injunctions given in the Bible, such as Leviticus 21:5, which reads "They shall not make any baldness on their heads, nor shave off the edges of their beards, nor make any cuts in their flesh." The beard is a symbol of the covenant between God (Jahor Jehovahin Rastafari usage) and his people. Ibid

So, Sweetie there might be a lot more to your beard than making you more handsome than you already were :)
Posted by John and Jennifer at 8:26 PM No comments:

Email ThisBlogThis!Share to TwitterShare to FacebookShare to Pinterest
Labels: beard

I've been thinking . . . There's so much talk about apostasy, and there's a lot of finger pointing. How is someone to identify a true follower of Christ? I've heard it said, “We can't go wrong! God has promised us that we can't be led astray!” That doesn't make sense. God gives everyone a choice.

There are a few people who did not choose to turn away from God. “And Enoch and all his people walked with God, and he dwelt in the midst of Zion; and it came to pass that Zion was not, for God received it up into his own bosom; and from thence went forth the saying, Zion is Fled.” Moses 7:69

Now, there's another group of people who chose God for a long time. We read about them in 4 Nephi, but eventually even these people chose to apostatize and turn away from God? 4 Nephi 1:20-49

What are the characteristics of these people when they were choosing God?
This is what I would expect from any group who claims to be God's people. Anything less than this would be categorized as some form of apostasy.

Melchizedek found himself among a wicked people. Look at what he did . . .

Now this Melchizedek was a king over the land of Salem; and his people had waxed strong in iniquity and abomination; yea, they had all gone astray; they were full of all manner of wickedness; But Melchizedek having exercised mighty faith, and received the office of the high priesthood according to the holy order of God, did preach repentance unto his people. And behold, they did repent; and Melchizedek did establish peace in the land in his days; therefore he was called the prince of peace, for he was the king of Salem; and he did reign under his father.Alma 13:17-18


Finding myself among an apostate group where do I start? It would seem sensible to start with myself . . . then my marriage . . . then my family . . . and then my community. It's time for us to rise up and become the happiest people among all the people who have been created by the hand of God.
Posted by John and Jennifer at 5:45 PM 2 comments: