On Monday, April 9, 2012, at noon, members of the community came in and salvaged materials from the Old Paradise Church. The DI was responsible for the sale.  I wasn’t there, but heard about what happened.  There were tags on the different items. People took the tags, paid for their purchases, and then went home to get tools and trailers so they could remove the things they had paid for.

A couple different friends reported that there were a few tense moments as people scrambled to secure items they were determined to claim.  There were those who made it known to their neighbors that they would be fined if they didn’t remove their purchases according to code.  I wasn’t there. I heard it all secondhand.

Some people stayed away.  They didn’t want to go back and see their beautiful church torn apart. There are a lot of good memories made in this beautiful old church.  Memories are held in the heart.  To some, it brings too much heartache to see the building rummaged through and ransacked.  They want to remember it the way it used to be.

Still others were clueless as to what was happening in the Old Paradise Church.  As the demolition process has progressed, everyone in the community has been made aware that it’s coming down.

I didn’t walk through the condemned church until Friday, April 13, 2012.  The doors were open for those who were still salvaging their purchases.  If I didn’t know better, I would have thought a bunch of vandals had been through the building.  I guess it really doesn’t matter since the church is going to be torn down anyway.

We were at the church removing bushes and taking pictures of the plants that were being transplanted to our yard. I hadn’t planned on taking pictures of the inside of the church.  I didn’t even know I would be able to get into the building, but the doors were wide open, so I went in to see the aftermath. I had a camera in my hand and took pictures.  This is what I saw.

Resource materials were left in a heap. 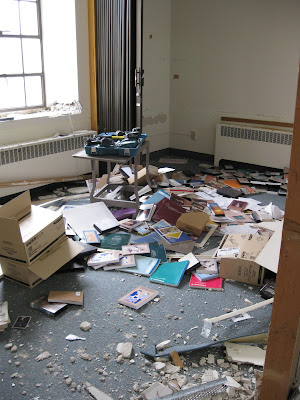 The hardwood flooring on the gym floor was gone along with basketball hoop. The wood panels that covered the walls were not there. 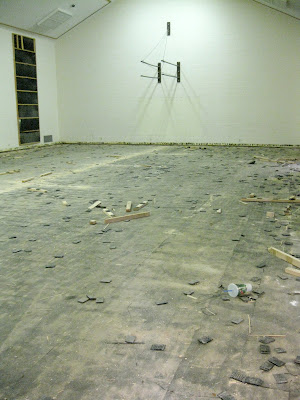 They took everything but the kitchen sink. Maybe someone is coming back for that. 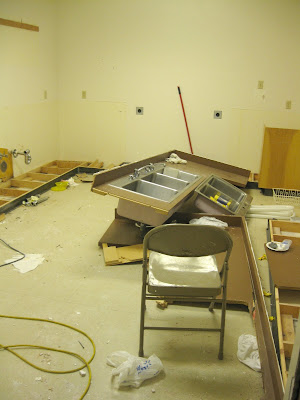 Fixtures, doors, cabinets, and drinking fountains were gone. Rubble was left behind. 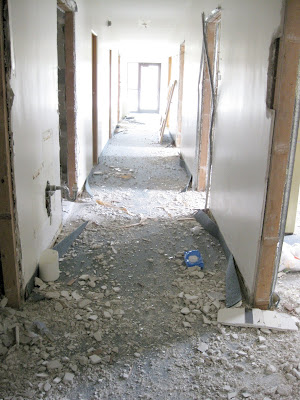 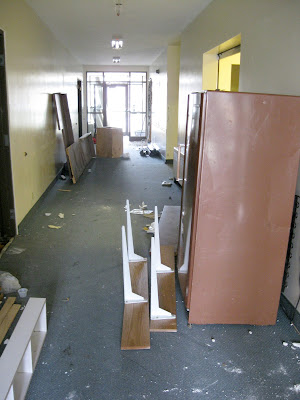 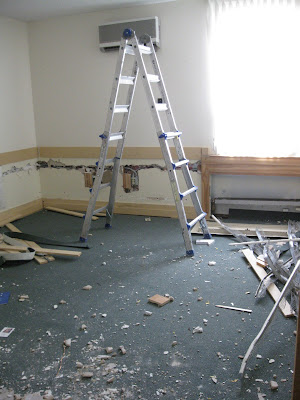 It looks like someone tried to take the carpet, but that probably didn’t turn out too well. 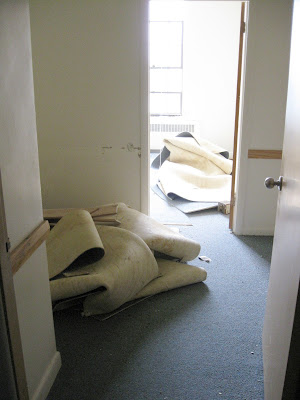 The safety railing going up the stairs was removed. 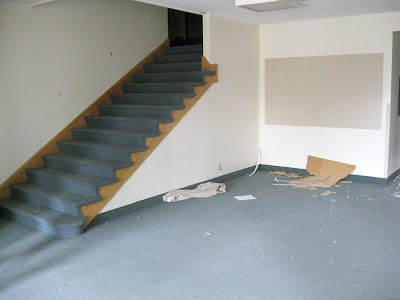 Furniture, pictures, and benches were gone.  The only thing that remained in the chapel was the podium and some wooden walls that surrounded the area.  I guess ordinary people don’t have much use for a podium. 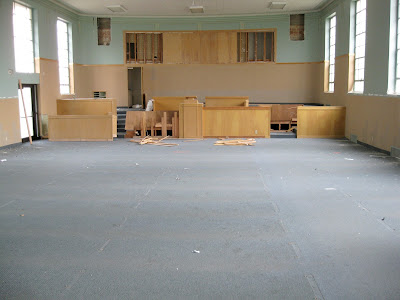 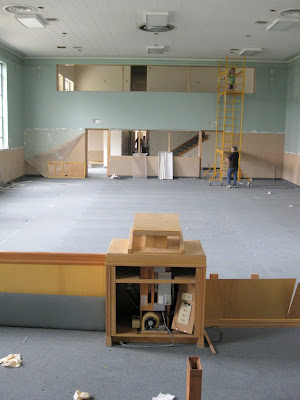 After walking through the church, I walked around the outside of the church and took pictures from many different angles. These two pictures are taken exactly 45 minutes apart (April 13 at 5:50 p.m. and 6:35 p.m.).  The sky was blue when I started taking pictures on the south side of the church.  By the time I moved to the north end of the church, the sky had turned dark and gray. Storm clouds appeared, and it threatened to rain. 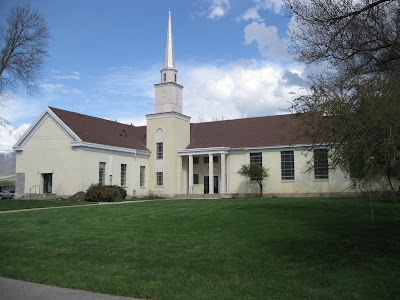 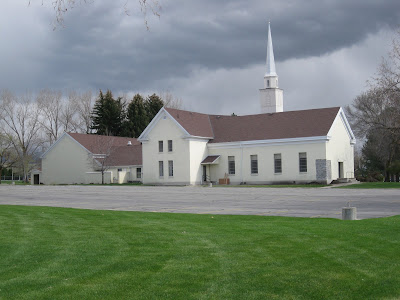 On our second trip back to the church, Crystalynne came with us.  She asked if she could walk through the church and see what had become of it.  I kept her close by my side because it was no longer a safe place to be.  As we were walking out of the building, we saw a bunch of butter knives scattered in the hallway.  I told her it was okay to pick them up and take them with her.  It didn’t look like anyone was going to claim them.  On the way home she counted her knives.  She counted sixteen.

As I walked out of the Old Paradise Church for the last time, a man was locking up.  I jested, “You better lock the doors; someone might take something:)” He responded with all seriousness that he needed to lock up for liability reasons.  I guess that’s a concern.
Posted by John and Jennifer at 5:33 PM