Old Paradise Church – How it Used to Be

On Easter Sunday, April 8, 2012, church services were conducted in the old Paradise Utah chapel for the last time. 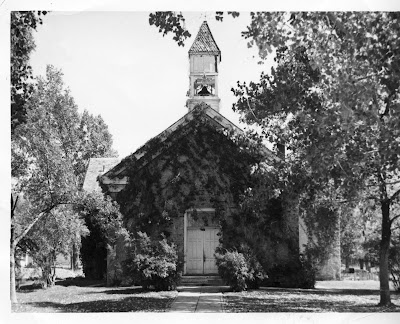 The chapel is seen here with an east addition that was added at around the turn of the century.

"One of the oldest Mormon chapels in Utah will soon be demolished to make way for a new church. The 133-year-old Paradise 2nd and 3rd Ward church in Cache County will be leveled [May 2012]. Church historians say the chapel, located in the heart of Paradise, was completed in 1877 and features limestone walls. The landmark structure has been added onto multiple times over the years. 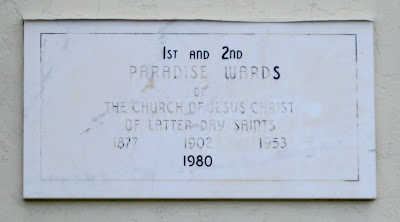 “While there's no evidence of cracking in the original building's walls, the chapel is not in compliance with seismic codes and has problems with its roof and foundation.
“Church leaders said while some members wanted to save the chapel, most preferred a new church because of the high cost to renovate. 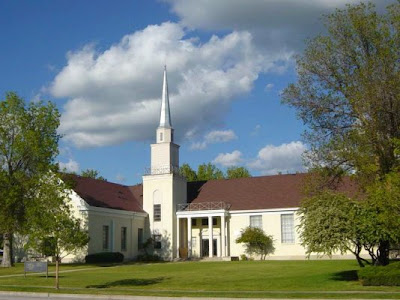 "Given the fact that the structure was in the shape it was in, it wasn't logical to try to restore it," said Hyrum Stake President Steve Miller, who presides over the four wards in Paradise.

“Miller said he and other stake leaders have asked if original elements of the old chapel could be incorporated into the new church. Original rock will become part of a stone facade, he said, and plans call for a modified steeple that doubles as a bell tower, housing the original bell from the 19th century church. 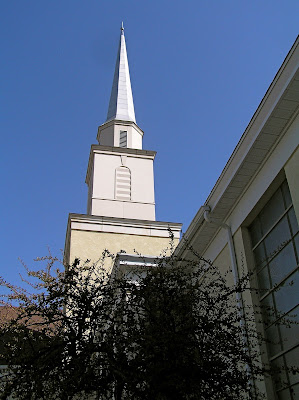 "Some of these early settler-builders had worked on the Nauvoo temple, and could have naturally incorporated their knowledge of temple architecture into the design and construction of the new rock church," he told The Herald Journal.”  Deseret News

“Paradise never was a wealthy town. In the early days, people with money built on Center Street in Logan. They didn't build out in the boonies. Paradise was a pioneer farming community. The church was the crown jewel. 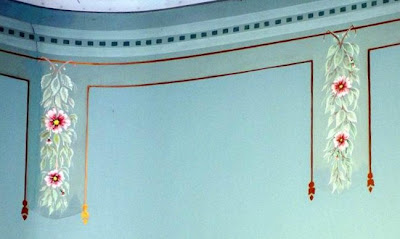 ”The Northwest part of the church was built stone by stone, timber by timber in 1877.  In those days church members paid for much of the building and did all the work. They built onto the building in the 1950's and this chapel was added then. Notice the lovely color of the chapel.

”How many LDS churches built today are graced with hand-painted borders and lovely flowers--each one different? The man who painted these was in his 80's when he did it. He had worked on temple murals.” Carol Warburton 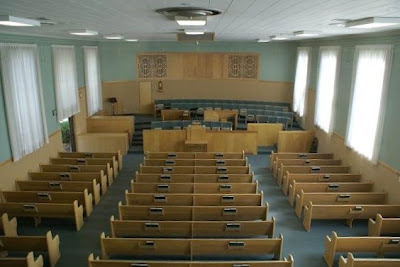 We are newcomers to Paradise and have only been here since 1999.  This chapel is very different from many of the standard LDS church houses.  It was built piece by piece.  New additions were added throughout the years as needed.  It has a second story with classrooms as well as a cry room that looks down into the chapel. The chapel has large windows on both sides, lighting the room with natural light. 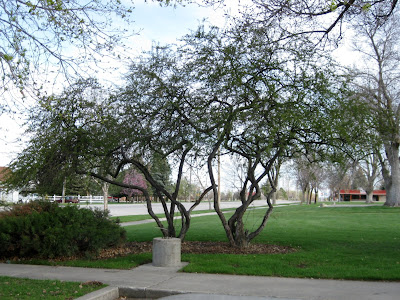 Our children used to love to play in the curly trees after church.  As we waited for everyone to gather after meetings, the little ones would climb the trees in dresses or white shirt and tie.

This used to be the only chapel in Paradise, until the new red brick church was built on 9400 South a few years ago. The old church is a unique chapel and holds a lot of memories for many people.

We’ve been attending at the new church for some time, but we will always have fond memories of the Old Paradise Church.
Posted by John and Jennifer at 11:47 PM